LIVE! In the Lounge 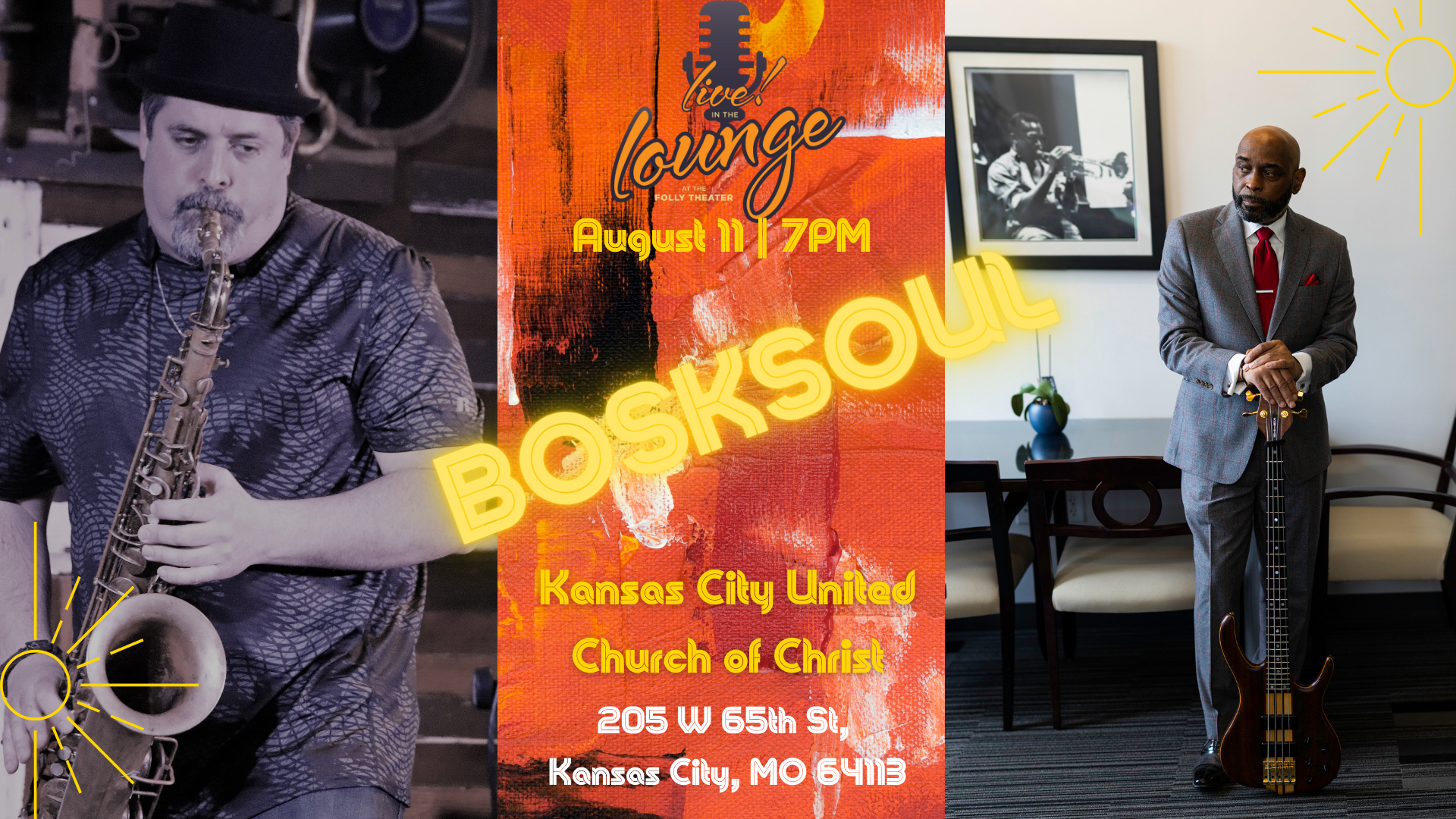 BoskSoul LIVE! in the Lounge

BoskSoul is the brainchild of multi-instrumentalists and composers David Boisvert and Charlie Harris.  Charlie and David write and perform in a way that blurs the conventional lines associated with various genres.  Over the last few years Charlie’s music, as a composer and artist in different musical projects, has been featured in print media as well as jazz and folk radio nationally.  In this same span, David, a highly sought-after saxophonist, performed with such diverse artists as five-time Grammy Winner Victor Wooten and Eric Struthers, the lead guitarist for Dr. John and the Neville Brothers.  David from Nashville and Charlie from Kansas City met ten years ago at Wooten Woods-the musical complex built and maintained by Victor Wooten.  After jamming together on and off over the years in Nashville and Kansas City, they decided upon an ambitious project-not only pen original compositions, but also produce, arrange, and play all the instruments on the compositions in live settings.  What began as a side project, between their busy schedules with other musical projects, blossomed into a true labor of love that produced two singles now available on all major streaming networks.

“Missing You” is a reflective soulful jazz-influenced song about the longing for a lost love. From the first notes, the depth of the composition is apparent.   “Phatin’Lat’n” is a high-energy tune that combines David and Charlie’s love for Latin music and funk.  As one reviewer said, “if you don’t get up and dance to this, something is wrong with you.”   Their yet to be released recordings draw upon their love for and influences from Neo-Soul, Hip-Hop, Jazz, Fusion, Groove, and Pop.  Their style is distinctive, and their passion is undeniable.  With David focusing primarily on saxes, percussion and keyboards and Charlie focusing on guitars, basses, and keyboards they have garnered the attention of young world class musicians who have lent their talents to this special collage of sound.  For example, Philadelphia keyboardist Caleb Lucky, recently collaborated with them on a song that will be part of a movie soundtrack (along with “Missing You”).   Also, dynamic drummer Dwaine Ross from Philadelphia has recently lent his considerable talents to the group and will be appearing live with Charlie, David and Caleb on upcoming dates.

BoskSoul will be featured in the Folly’s LIVE! in the Lounge Series where they will not only be performing songs from the previously mentioned soundtrack, but also, for the first time, will be performing music for their soon to be released album.  As they like to say, “we are just beginning and welcome to the world of BoskSoul.”