Shake, Rattle & Roll - A Celebration of the Folly Theater 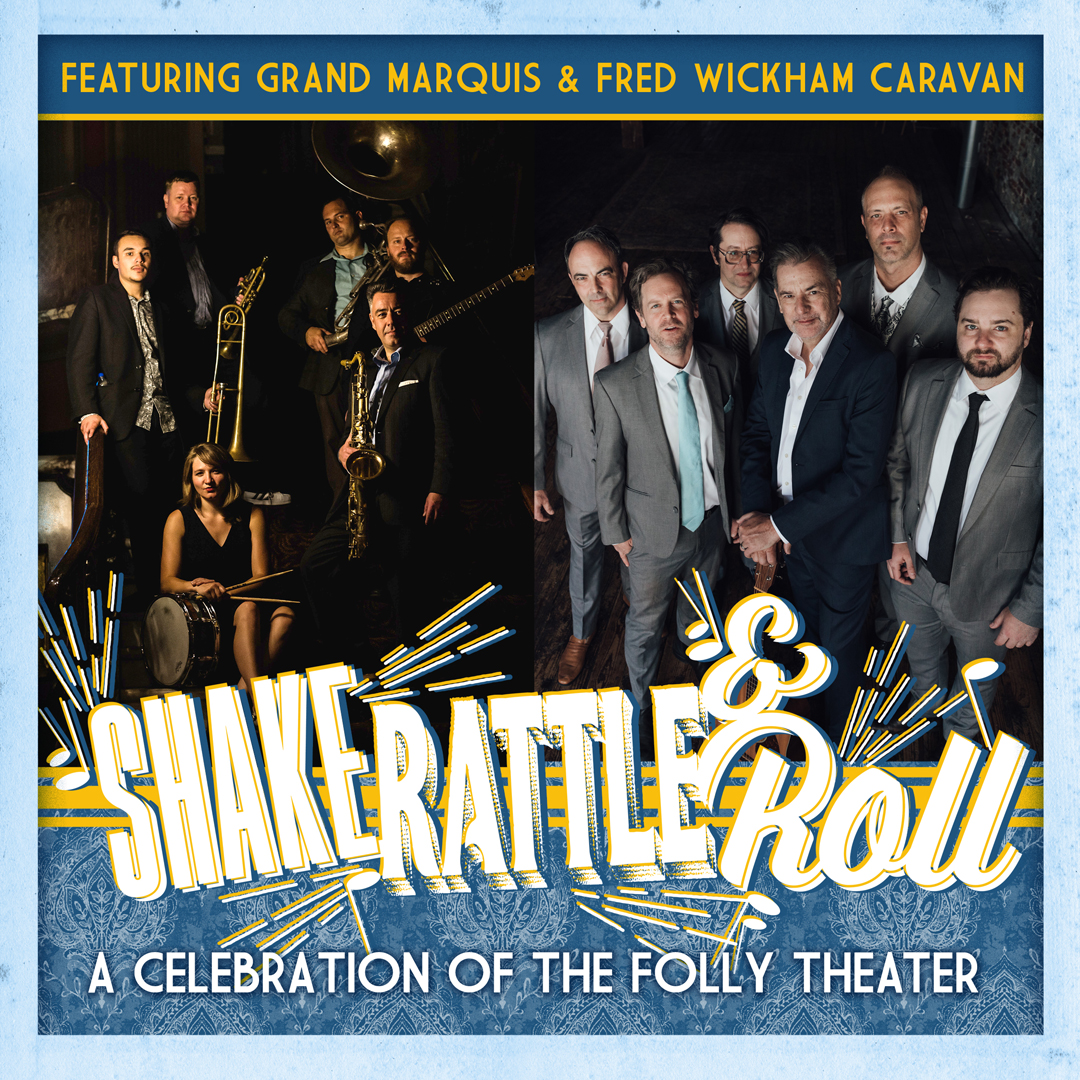 Join us for the Grand Reveal! The historic Folly Theater is unveiling its $4.2 million renovations with “Shake, Rattle & Roll: A Celebration of the Folly Theater”.

Building on 122 years of presenting exceptional musical entertainment at the corner of 12th and Central, the Folly is proud to opens its doors to the community in this one-of-a-kind concert. We’re celebrating Kansas City’s storied jazz and roots music heritage by bringing together two beloved Kansas City-based bands: Fred Wickham Caravan and Grand Marquis.

Tickets are $15 for adults. Complimentary student and child (2-12) tickets are available.

Fred Wickham Caravan is comprised of some of Kansas City’s finest roots musicians. Originally formed in 2017 with a sound described by PopMatters as “reminiscent of rambling folk and country legends like Dylan and Cash,” the Caravan has developed into a six-piece band capable of jumping from one musical style to the next while maintaining a sound that is all their own.

Grand Marquis is a big brass powerhouse, blending American roots styles from Kansas City blues to Memphis soul with the exuberance of a New Orleans second line party. A mighty chorus of horns, a groove-heavy rhythm section, and big, soulful vocals has highlighted well-crafted original music for over 23 years. The group has performed more than 2,000 concerts nationwide.