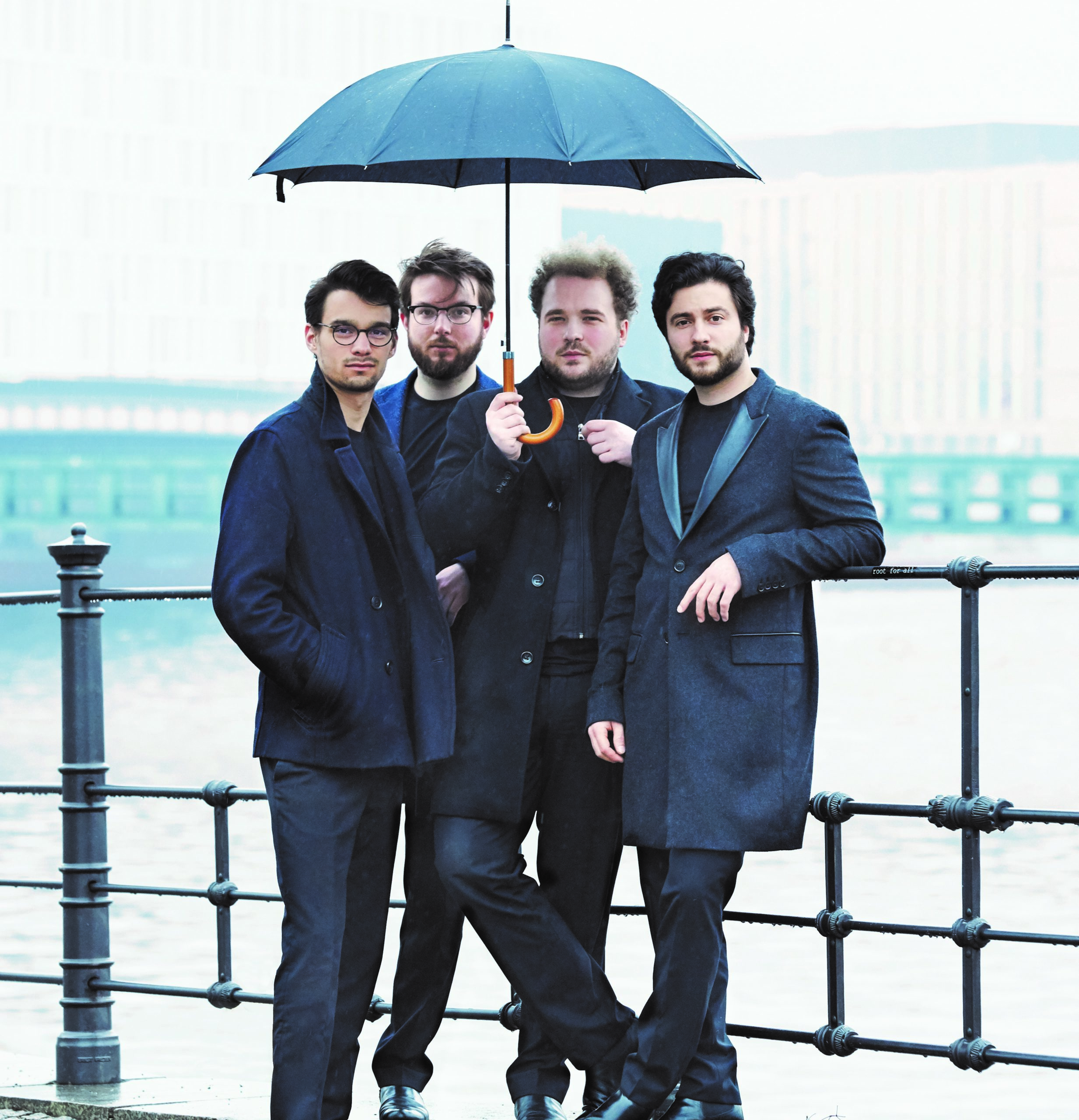 Winners of the 2018 International Wigmore Hall String Quartet and the 2018 Melbourne International Chamber Music Competition, The Goldmund Quartet is a rising star in the string quartet world. Goldmund will celebrate their Kansas City premiere with works by Schubert, Dvorak, and Beethoven’s Op. 59, No. 3.

About the Goldmund Quartet

Counted amongst the most exciting young string quartets, the Goldmund Quartet has with its exquisite playing and multi-faceted homogeneity given convincing interpretations of the great classical and modern works from the string quartet literature for more than a decade. Their inwardness, unbelievably fine intonation, and phrasing worked out to the smallest detail inspire audiences worldwide.

Award winners at the prestigious 2018 International Wigmore Hall String Competition and winners of the 2018 Melbourne International Chamber Music Competition 2018, the Goldmund Quartet has been named Rising Stars by the European Concert Hall Organisation as well as laureates of the Jürgen Ponto-Foundation. Thanks to the Nippon Music Foundation, the Goldmund Quartet performs on the “Paganini Quartet,” a group of renowned Stradivarius instruments named after the legendary virtuoso Niccolò Paganini, who acquired and played them during the 19th century. It is the first long term loan ever given out to a German string quartet.

Following their debut at Rheingau Music Festival in August 2019, the main focus of the 2019/20 season will be on the Rising Star recitals at many of the most prestigious halls around Europe such as the Philharmonie de Paris, Amsterdam Concertgebouw, the Festspielhaus Baden-Baden, Bozar in Brussels, Konzerhuset Stockholm and Wiener Konzerthaus. Other highlights this season include a tour of Sweden and Australia as well as appearances at Frankfurt Museumskonzerte, String Quartet Biennale Amsterdam and the Hörtnagel series in Munich.

In October 2016 NAXOS released their debut CD with works by Joseph Haydn which garnered great reviews from the BBC, The Strad Magazine, Gramophone Magazine, American Record Guide, Applaus, Süddeutsche Zeitung and many more. The quartet’s second recording featuring string quartets by Shostakovich was released on Berlin Classics in July 2018.

The Goldmund Quartet has been awarded several prizes, the most recent distinctions are Second Prize and the special award for the Best Interpretation of a 20th Century String Quartet at the International Wigmore Hall String Competition 2018 and First Price along with the prize for the Best Interpretation of a Commissioned Work at the Melbourne International Chamber Music Competition 2018. The Quartet also received the Bavarian Young Artist Award and the Karl-Klinger-Prize during the 2016 ARD International Music Competition Munich. The Jürgen Ponto Foundation has named the Goldmund Quartet as the recipients of their 2020 biennial music bursary.

Educated by Günther Pichler of the Alban Berg Quartet at the Escuela Superior de Música Reina Sofia and the Artemis Quartet in Berlin, the Quartet has also received important artistic tuition in master classes with the Hagen, Borodin, Belcea, Ysaÿe and Cherubini quartets, Ferenc Rados, Eberhard Feltz and Alfred Brendel.