Presented by The Heartland Men's Chorus 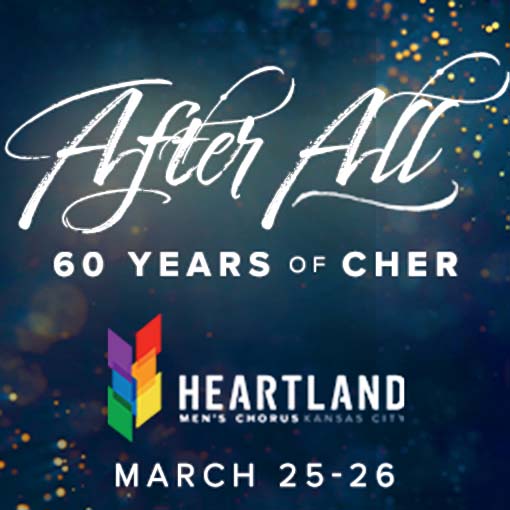 Known as the ‘Goddess of Pop’, there are few legends that hold the same level of pop grandeur as the American singer, actress, philanthropist, and LGBTQ+ activist and icon other than Cher!

This ultimate pop chameleon invented the female rock star prototype in turn paving the way for so many by embodying the unapologetic and fearlessness that some of us can only aspire to! From “I Got You Babe” to “Strong Enough”, “Dark Lady” to “Believe”, we’re gonna turn back time through six decades of hit after hit!  Once again in collaboration with Grammy nominated composer/arranger David Maddux, join the Heartland Men’s Chorus Kansas City for another choral pop world premiere celebrating the one and only Cher!