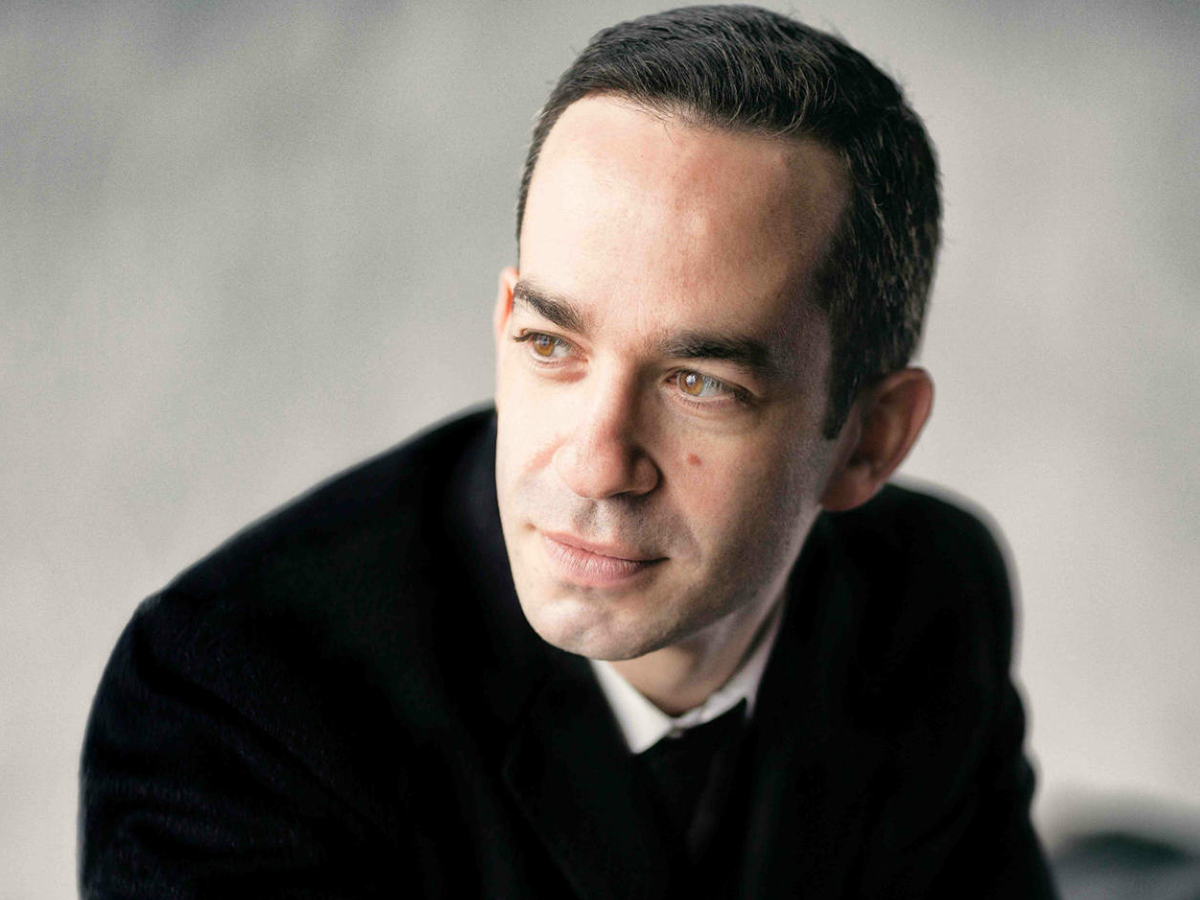 “One of the most admired pianists of his generation” (New York Times), Inon Barnatan has received universal acclaim for his “uncommon sensitivity” (The New Yorker), “impeccable musicality and phrasing” (Le Figaro), and his stature as “a true poet of the keyboard: refined, searching, unfailingly communicative” (The Evening Standard). A multifaceted musician, Barnatan is equally celebrated as soloist, curator and collaborator.

As a soloist, Barnatan is a regular performer with many of the world’s foremost orchestras and conductors. He was the inaugural Artist-in-Association of the New York Philharmonic from 2014-17, and has played with the BBC Symphony for the BBC Proms, the Los Angeles Philharmonic at the Hollywood Bowl, the symphony orchestras of Chicago, Cleveland, Boston and most major orchestras in the US, as well as the Leipzig Gewandhaus Orchestra and the London, Helsinki, Hong Kong, and Royal Stockholm Philharmonics. He performed a complete Beethoven concerto cycle in Marseilles; Copland’s Piano Concerto with the San Francisco Symphony and Michael Tilson Thomas in San Francisco and at Carnegie Hall; and multiple U.S. tours with the Academy of St Martin in the Fields, playing and conducting from the keyboard. With the Minnesota Orchestra and Osmo Vänskä, Barnatan played Tchaikovsky’s First Piano Concerto on New Year’s Eve, followed by a Midwest tour that culminated in Chicago, and a return to the BBC Proms in summer 2018.

Equally at home as a curator, Barnatan is Music Director of California’s La Jolla Music Society Summerfest since 2019. He also is an avid chamber musician, collaborating with world-class partners such as Renée Fleming and Alisa Weilerstein and regularly plays at major chamber music festivals such as Seattle, Santa Fe, Spoleto USA and others. His passion for contemporary music has seen him commission and perform many works by living composers, including premieres of pieces by Thomas Adès, Sebastian Currier, Avner Dorman, Alan Fletcher, Joseph Hallman, Alasdair Nicolson, Andrew Norman, Matthias Pintscher, and others.

Barnatan is the recipient of both a prestigious Avery Fisher Career Grant and Lincoln Center’s Martin E. Segal Award. A sought-after chamber musician, he was a member of the Chamber Music Society of Lincoln Center’s Bowers Program (formerly CMS Two) from 2006 to 2009, and continues to perform with CMS in New York and on tour.

The most recent addition to Barnatan’s acclaimed discography is a two-volume set of Beethoven’s complete piano concertos, recorded with Alan Gilbert and the Academy of St Martin in the Fields on Pentatone. In 2021 he released his Time-Traveler Suite album on Pentatone, a program that merged Baroque movements by Bach, Handel, Rameau and Couperin with movements by Ravel, Ligeti, Barber and Thomas Adès, culminating in Brahms’ Variations on a theme by Handel. He has also released a live recording of Messiaen’s 90-minute masterpiece Des canyons aux étoiles (“From the Canyons to the Stars”), in which he played the exceptionally challenging solo piano part at the Santa Fe Chamber Music Festival. In 2015 he released Rachmaninov & Chopin: Cello Sonatas on Decca Classics with Alisa Weilerstein, earning rave reviews on both sides of the Atlantic. His solo recording of Schubert’s late piano sonatas on Avie won praise from such publications as Gramophone and BBC Music, while his account of the great A-major Sonata (D. 959) was chosen by BBC Radio 3 as one of the all-time best recordings of the piece. His 2012 album, Darknesse Visible, debuted in the Top 25 on the Billboard Traditional Classical chart, and was named BBC Music’s “Instrumentalist CD of the Month” and won a coveted place on the New York Times’ “Best of 2012” list. He made his solo recording debut with a Schubert album, released by Bridge Records in 2006, that prompted Gramophone to hail him as “a born Schubertian”.

Born in Tel Aviv in 1979, Inon Barnatan started playing the piano at the age of three, when his parents discovered his perfect pitch, and made his orchestral debut at eleven. His musical education connects him to some of the 20th century’s most illustrious pianists and teachers: he studied first with Professor Victor Derevianko, a student of the Russian master Heinrich Neuhaus, before moving to London in 1997 to study at the Royal Academy of Music with Christopher Elton and Maria Curcio, a student of the legendary Artur Schnabel. The late Leon Fleisher was also an influential teacher and mentor. For more information, visit www.inonbarnatan.com.