LIVE! in the Lounge Featuring Flutienastiness 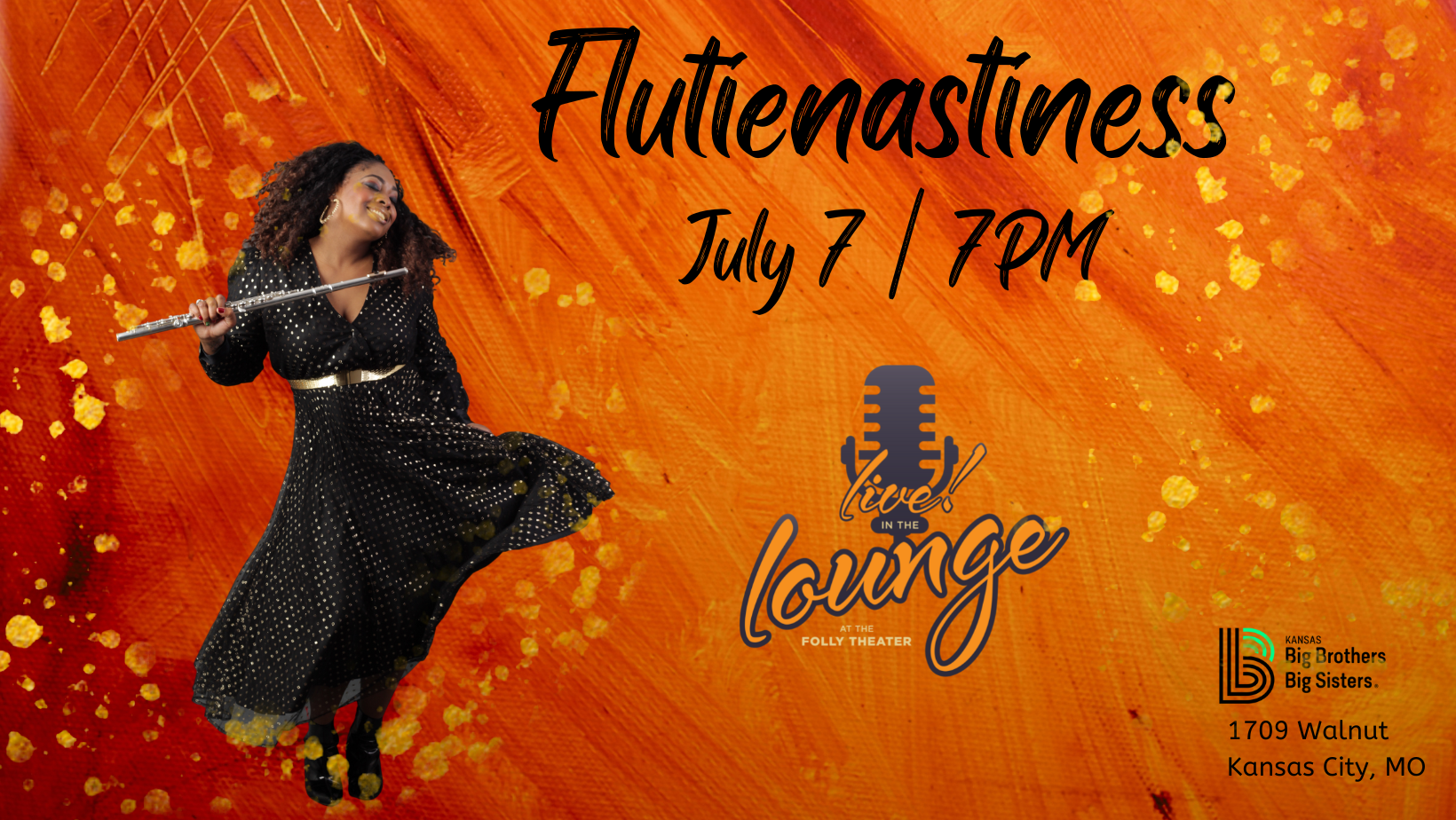 LIVE! in the Lounge Featuring Flutienastiness

Join the Folly Theater as we take LIVE! in the Lounge on the road to Big Brothers Big Sisters of Kansas City at 1709 Walnut.

Jazz flutist, educator, band director, and band leader, Amber Underwood is a native of Kansas City and has been entertaining and performing music since the tender age of 8. Beginning her musical journey on the piano and soon after began playing classical flute. While in college, Amber discovered Jazz and became intrigued with the art form inspired by musical influences of Bobbi Humphrey, Hubert Laws, Frank Wess, Herbie Mann, and Nestor Torres and found a love for the art form. At age 20, Amber graduated from Wichita State University with a Bachelor of Music in Flute Performance and by 23 she completed a Masters of Arts in Arts Administration and Music Business from the University of Missouri Kansas City Conservatory and continued her education with asecond Master’s degree in Education and Teaching Music from Pittsburgh State University.

In the beginning of 2014, the Amber Underwood Project was formed with the mission to showcase an instrument that is normally used as an auxiliary instrument in jazz but now as a solo instrument. AUP is a modern and fresh take on smooth jazz and R&B sounds with a touch of Latin, Funk and Gospel. AUP uses the rich tones and colors of the flute to interpret the various styles and genres of jazz.

Amber has been a presence in the Kansas City jazz scene making a place and a voice for her instrument. Amber has opened for Kirk Whalum and has performed alongside a host of other artist.  Amber is our modern-day soul and contemporary jazz flautist and a force to be reckoned with. Her soon to be released album, This Is Me, will have her audience wanting more!