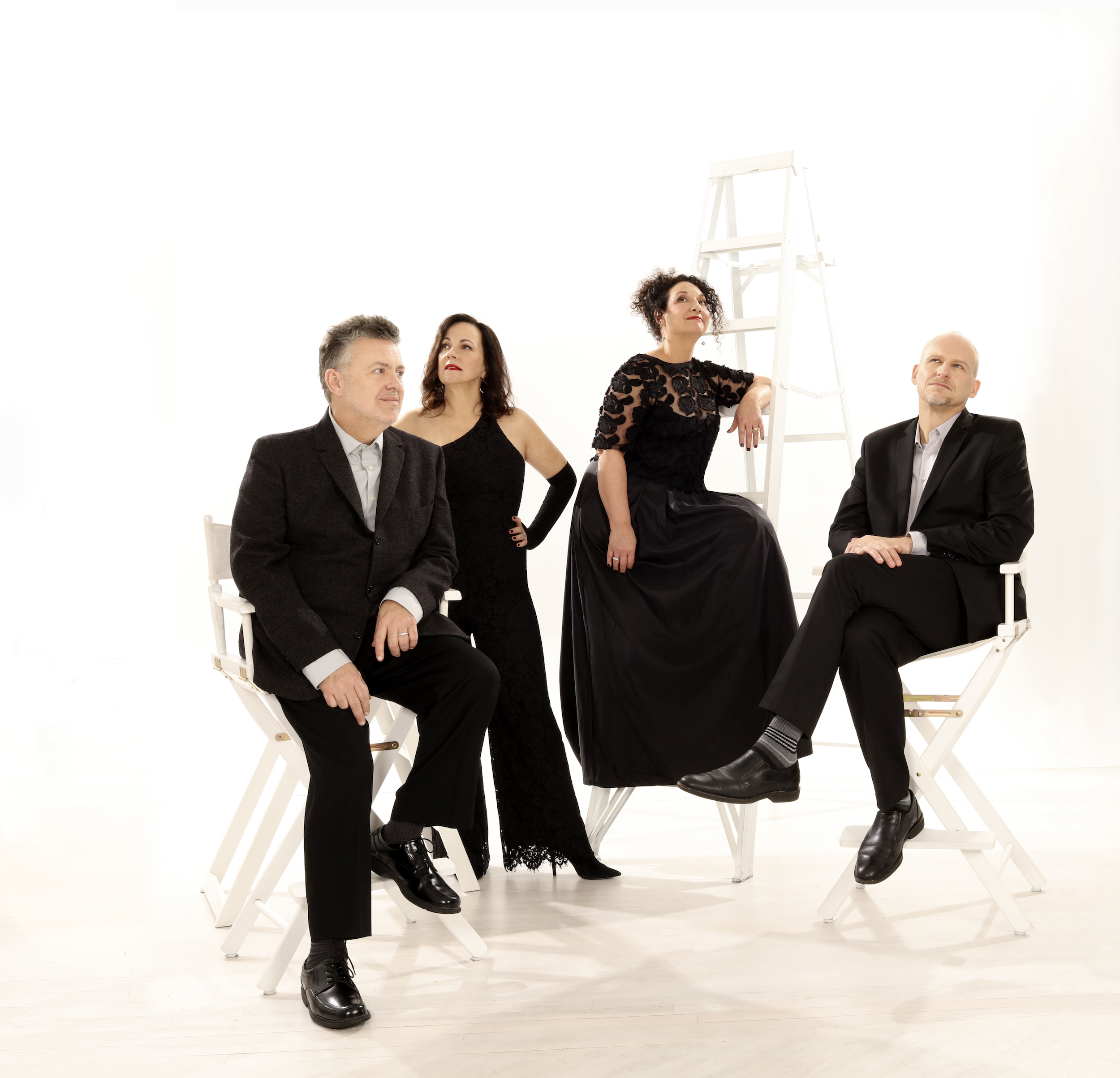 “It’s certainly not something that occurred to us when we were thinking about starting a band in 1988,” says Darmon Meader, musical director and tenor singer of New York Voices, about the seminal vocal ensemble’s 30th anniversary. “But the band has a momentum of its own—it has a life now.” Indeed, that momentum and life force has a firm grip on Meader and his bandmates, baritone Peter Eldridge and dual sopranos Lauren Kinhan and Kim Nazarian. Each has a separate and busy career of his or her own, working as a soloist and educator in the jazz vocal world, but each makes New York Voices their top priority. “We’re like a four-headed old married couple—we’re just a big family at this point,” Meader says.