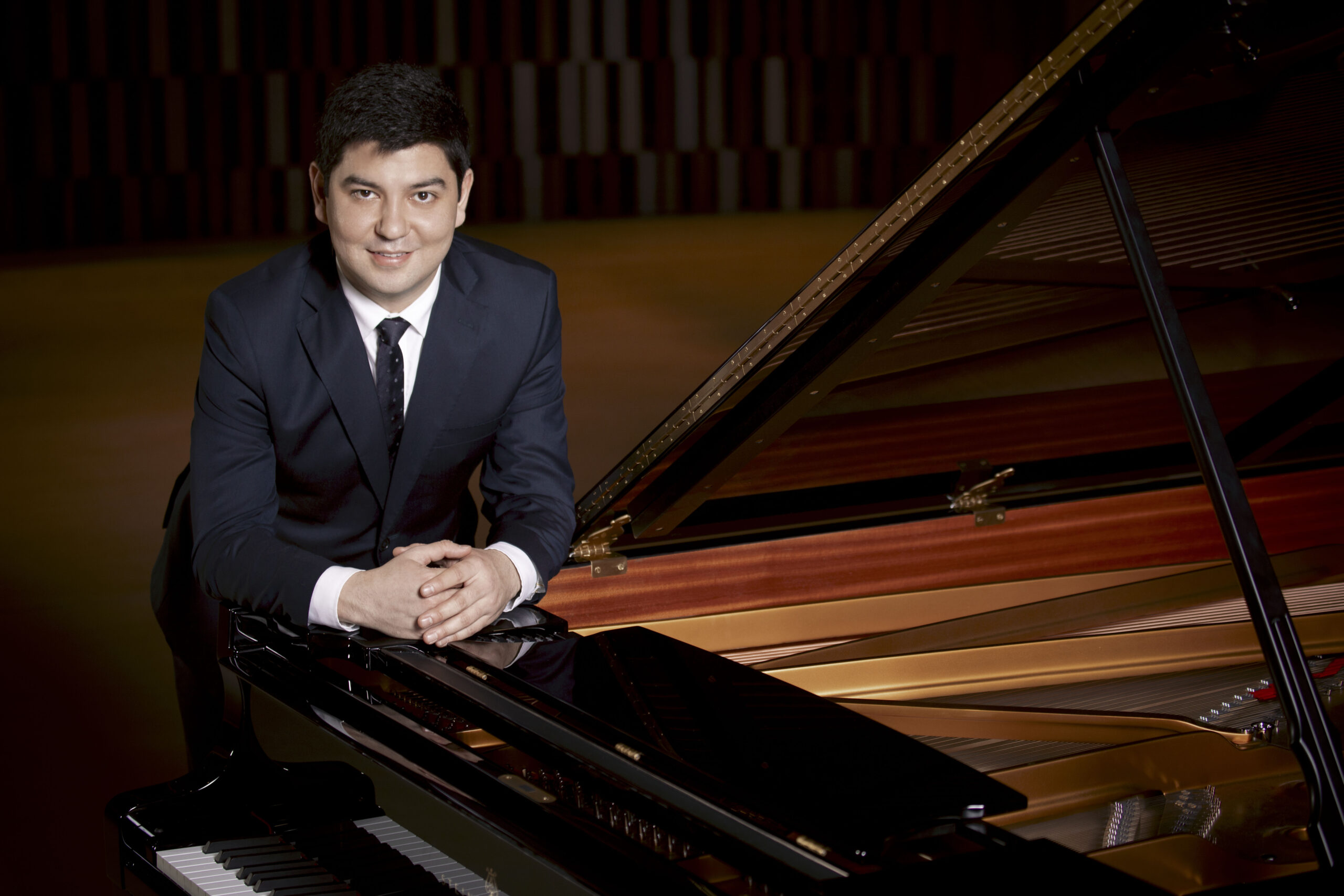 “With prodigious technique and rhapsodic flair, Mr. Abduraimov dispatched the work’s challenges, including burst upon burst of arm-blurring octaves, with eerie command.” – The New York Times

2021 saw the release of his recital album for Alpha Classics based on a program of Miniatures including Mussorgsky’s Pictures at an Exhibition. In 2020 recordings included Rachmaninov’s Rhapsody on a Theme of Paganini with Lucerne Symphony Orchestra under James Gaffigan, recorded on Rachmaninov’s own piano from Villa Senar for Sony Classical and Rachmaninov’s Piano Concerto No.3 with Concertgebouworkest under Valery Gergiev, for the RCO live label. Both recordings were nominated for the 2020 Opus Klassik awards in multiple categories. A DVD of his BBC Proms debut in 2016, with the Münchner Philharmoniker under Valery Gergiev, was released in 2018. His 2012 debut CD of Liszt, Saint-Saëns, and Prokofiev for Decca won the Choc de Classica and Diapason Découverte and his first concerto disc for the label featured Prokofiev’s Piano Concerto No.3 and Tchaikovsky’s Concerto No.1.

Born in Tashkent, Uzbekistan, in 1990, Behzod began to play the piano at age five as a pupil of Tamara Popovich at Uspensky State Central Lyceum in Tashkent. In 2009, he won First Prize at the London International Piano Competition with Prokofiev’s Piano Concerto No.3. He studied with Stanislav Ioudenitch at the International Center for Music at Park University, Missouri, where he is Artist-in-Residence.

Program to include Maurice Ravel’s “Gaspard de la Nuit” and other works. Program subject to change.