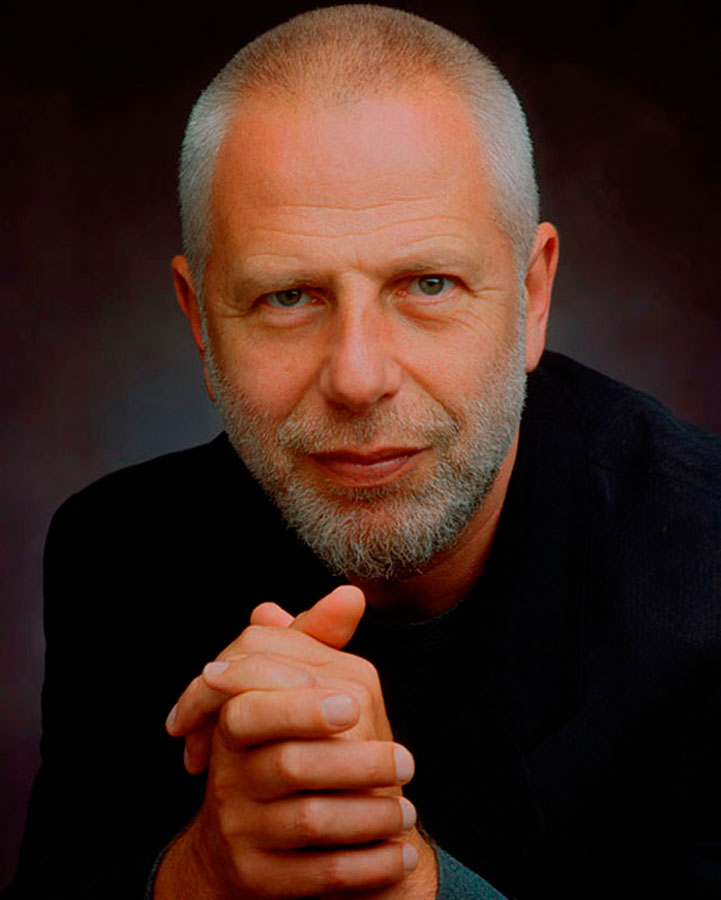 Russian-American  pianist Vladimir Feltsman, celebrated for his powerhouse performances, will perform works by Bach, Beethoven, and Schubert. A dedicated educator of young musicians, Mr. Feltsman holds the Distinguished Chair of Professor of Piano at the State University of New York, New Paltz, and is a member of the piano faculty at the Mannes College of Music in New York City. He is the founder and Artistic Director of the International Festival-Institute, Piano Summer at New Paltz, a three-week-long intensive training program for advanced piano students that attracts major young talent from all over the world.

Available with the Gold Subscription, Friends Folly Series, and the Master Pianist Series.

Pianist, conductor, and educator Vladimir Feltsman is one of the most versatile and consistently interesting musicians of our time. Born in Moscow in 1952, Mr. Feltsman debuted with the Moscow Philharmonic at the age of 11. In 1969, he entered the Moscow Conservatory to study piano under the guidance of Professor Jacob Flier. He also studied conducting at both the Moscow and Leningrad (now St. Petersburg) Conservatories. In 1971, Mr. Feltsman won the Grand Prix at the Marguerite Long International Piano Competition in Paris; extensive tours throughout the former Soviet Union, Europe, and Japan followed. In 1979, because of his growing discontent with the restrictions on artistic freedom under the Soviet regime, Mr. Feltsman signaled his intention to emigrate by applying for an exit visa. In response, he was immediately banned from performing in public and his recordings were suppressed. After eight years of virtual artistic exile, he was finally granted permission to leave the Soviet Union. Upon his arrival in the United States in 1987, Mr. Feltsman was warmly greeted at the White House, where he performed his first recital in North America. That same year, his debut at Carnegie Hall established him as a major pianist on the American and international scene. Since then, Mr. Feltsman has performed with major American and European orchestras and appeared at the most prestigious concert venues and music festivals worldwide. His vast repertoire encompasses music from the Baroque to the twenty-first-century.

Mr. Feltsman expressed his lifelong devotion to the music of J.S. Bach in a cycle of concerts that presented the major clavier works of the composer and spanned four consecutive seasons (1992-1996) at the 92nd Street Y in New York. His project “Masterpieces of the Russian Underground” unfolded a panorama of Russian contemporary music through an unprecedented survey of piano and chamber works by fourteen different composers from Shostakovich to the present day and was presented by the Chamber Music Society of Lincoln Center in January 2003 with great success. Mr. Feltsman served as Artistic Director for this project as well as performing in most of the pieces presented during the three-concert cycle. These programs included a number of world and North American premieres and were also presented in Portland, Oregon and in Tucson, Arizona at the University of Arizona. In the fall of 2006, Mr. Feltsman performed all of Mozart’s piano sonatas in New York at the Mannes School of Music and the New School’s Tishman Auditorium on a specially built replica of an eighteenth-century Walter fortepiano. His most recent project, “Russian Experiment,” included works of lesser-known Russian composers of the first half of the twentieth century and was presented at the Aspen Music Festival in 2017.

A dedicated educator of young musicians, Mr. Feltsman holds the Distinguished Chair of Professor of Piano at the State University of New York, New Paltz, and is a member of the piano faculty at the Mannes College of Music in New York City. He is the founder and Artistic Director of the International Festival-Institute, PianoSummer at New Paltz, a three-week-long intensive training program for advanced piano students that attracts major young talent from all over the world. In 2012 Vladimir and his wife Haewon established the Feltsman Piano Foundation, which helps young musicians to realize their potential and advance their careers. Since 2017 every student accepted to PianoSummer receives free tuition and housing.

Released on the Sony Classical and Nimbus labels, Mr. Feltsman’s extensive discography includes more than 60 CDs and is still growing. He has recorded all of the major clavier works of J.S. Bach, the complete Schubert sonatas, major works of Beethoven, Schumann, Chopin, and Brahms, concertos by Brahms, Tchaikovsky, Rachmaninoff, and Prokofiev. He has also recorded six tribute recordings dedicated to Russian composers: Tributes to Tchaikovsky, Rachmaninoff, Scriabin, Prokofiev, Silvestrov, and “Forgotten Russians.”

Mr. Feltsman is the author of Piano Lessons, a book published in 2019 that presents insights drawn from a lifetime of devotion to music and addresses such vitally important topics as practicing, performing, learning, and recording. Also included in the book are highly informative and detailed liner notes written to accompany his many recordings, and a study of the Well-Tempered Clavier by Bach.