Following last week’s debut concert at The United Methodist Church of the Resurrection in Leawood, Rick Fisher, Executive Director of Heartland Men’s Chorus (HMC), confirmed that it was one of the largest audiences before which the chorus has ever performed. “Taking that kind of momentum into the regular season is exhilarating and helps to endorse that our mission and message resounds throughout Kansas City. We are especially thrilled to have attracted such a large crowd in that part of the metro area and right before we open our regular season,” said Fisher. HMC’s 32th season will open with its popular holiday spectacular, Packages With Beaus. One of Kansas City’s favorite non-traditional holiday traditions, Packages With Beaus has an exciting blend of familiar carols, choral classics and hilariously zany twists on beloved holiday music. It offers something for everyone and leaves you humming your favorite holiday tunes and ready to wrap all those packages!   “The first act is by turns touching and thrilling, with everything from soaring, jubilant praise, to catchy rhythms, to beautiful lines of sacred text. Throw in the fabulousness of our guest artists, Well-Strung, and you have the perfect recipe for celebrating the holidays,” said Artistic Director Cates.   Well-Strung, the critically acclaimed singing string quartet, will be featured December 2-3, at the C. Stephen Metzler Hall in the Folly Theater. Well-Strung is a string quartet with a modern twist featuring Edmund Bagnell (first violin), Christopher Marchant (second violin), Daniel Shevlin (cello) and Trevor Wadleigh (viola). The group plays well known classical pieces while singing pop music hits from the likes of Taylor Swift, Rihanna, Kelly Clarkson, and other pop stars for a uniquely engaging experience. The New York Times recently called Well-Strung, "A talented quartet of men who sing and play instruments brilliantly, fusing pop and classical music from Madonna to Beethoven." Conceived by Marchant and Mark Cortale, the foursome formed in 2012, and have gained international attention. They have performed at the Vatican in Rome and at a gala for President Obama. Hillary Clinton requested a special performance by Well-Strung after the release of their viral music video, “Chelsea’s Mom." They have also performed on the The Today Show, and live onstage with artists such as Kristin Chenoweth, Neil Patrick Harris and Audra McDonald.   As always, what audiences have come to expect of HMC’s annual holiday concert is pure joy. “With a bit of a holiday pops feel, it’s all kinds of fun,” said Cates. “With the traditional choral first half and the hilarious performances of the Chorus in the second half, it is our members that shine brightly and bring our holiday concerts to life!”   “Packages With Beaus” will be performed at 8 p.m., Saturday, December 2nd and 4 p.m., Sunday, December 3rd in the C. Stephen Metzler Hall at the historic Folly Theater, 300 W. 12th Street in Kansas City.   Tickets to the Folly performances are available online at http://hmckc.org/tickets/ or by calling 816-931-3338. Prices range from $18 to $43 with special student pricing at $7. Come as you are, the dress is casual, be ready for fun, but visit hmckc.org today! 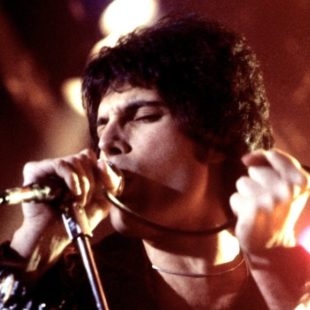 Heartland Men’s Chorus’ Rock You! and the story of Queen