As we wrap up today, we are finishing up 37 days of construction efforts by our friends at McCownGordon, Kissick Construction, Trane, and the other contractors that are all contributing to the renovation of the Folly Theater Lobby and Shareholders Room. There have been tremendous strides made around the foundation, plumbing, and walls. As we come into August, we now will see working around installing fixtures, laying flooring, and development of the Shareholders Room.

Over the last 12+ plus days, we've seen a pit be dug for the elevator, the placement of the studs for and drywalling for the bathrooms, and the installation of the bones of our new bar and box office!

The next most impactful part of our renovation would be the upstairs private event space, The Shareholders Room. This room, in the past, was only really seen by board members, donors that were invited to the patron receptions, and members of the Heartland Men's Chorus as a makeshift changing room prior to their concerts. This new space will serve as an extension of the new lobby, a rentable meeting space, and continue to serve as a space for meetings and pre-concert events.

Let's go back to the beginning...well 2017, actually. The Folly Theater had just raised $1,000,000 for its Endowment Campaign. With this campaign we were also able to announce that we had raised sufficient funds, to the tune of $800,000, that we would be replacing the HVAC system within the Folly Theater.

The Folly Theater has been on the Veola Steam Network for over 30 years. The steam network was established in 1927 as an effort to use steam from the Missouri River to heat and cool buildings through Kansas City. The Folly has been a part of this network since, which used steam to heat and cool the theater. The downside was that it was fairly loud and not always the most efficient.

While the new unit will still utilize the steam network at time, it will lend itself heavier to electrical power. The new unit will also be a much more advanced one that allows the Folly Staff to control the unit with a simple app on our computers or phones, rather than the multiple switches on the unit and in each individual room! This project is being contracted and created by Trane.

There's SO much more to do and we know that our construction friends are working very hard. over the next couple of weeks, We'll get to see the lobby really taking shape with the laying of flooring tiles, wall treatments, and the bar getting its make over. Keep following as we put out more info and photos over the next few weeks! 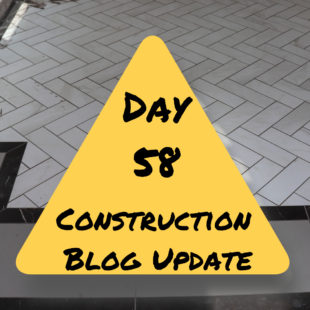 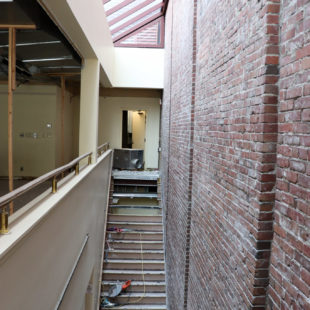